The years leading up to menopause, when ovaries produce less estrogen starts as early as our 30s. If you’re a woman over 40, it’s time to talk about menopause.

I remember the first time someone suggested to me in a text that I might be experiencing the very earliest stages of menopause.

I wanted to throw my phone at the wall.

I was barely 40 at the time and thought “Woah. What? No way. I’m a LONG way off from menopause.”

And while it is true that many of us won’t actually go through menopause until we’ve moved out of our forties, the discomforts that signal this next life stage can start much earlier.

If only Molly Ringwald had done a “Forty Candles” flick to warn us of the impending changes.

I estimate that at present, GenX women fall somewhere between roughly 40-55 years of age. That puts us smack-dab in the middle of a life stage that’s both aged enough to experience the symptoms of perimenopause and possibly menopause, but young enough to be overlooked in this conversation.

(Being overlooked is not unfamiliar to us GenXers — the most overlooked generation in history. But that’s a post for another day.)

September marks Menopause Awareness Month and I’ve partnered with Life Extension again (be sure to check out The Perimenopause Episode I recorded with Dr. Mike from LE last year) to revisit the importance of recognizing, understanding and being willing to discuss where we’re headed with our hormone health… and more importantly, how we are managing the associated discomforts.

Perimenopause, the transition to menopause, begins somewhere in our 40s and perhaps even our 30s as our ovaries begin to produce less estrogen.

The discomforts brought on by perimenopause are much more than simply hot flashes and irritability. Early mid-life hormonal shifts actually bring about changes ranging from sleep disturbances to joint discomfort.

For me personally, sleep disturbances have been one of the discomforts I’ve struggled with most (probably no surprise to you if you’ve listened to either of the Sleep Episodes from Season 1 or Season 2). Not only have I struggled with middle-of-the-night insomnia, but I’ve also had my share of night sweats.

I’m happy to say, though, that over the past few months, I can only recall a very rare occurrence for either. Here’s what I’ve been doing that seems to be working for me:

How Does It Work?

While the female hormonal internal complex is rather… well… complex, the basics around how Menopause 731™ works are less so. Internally, we have two different estrogen receptors — ER-α and ER-ß.

What About Fitness, Nutrition, and Perimenopause?

According to the National Institutes of Health, menopause is often accompanied by the need for healthy weight management and cardiovascular and metabolic health support. This is why I take working out and maintaining a healthy weight seriously as a crucial part of healthy aging. Here’s what I do:

Nutrition: I walk the fine line daily of balancing enough protein for maintaining muscle mass (something that’s increasingly difficult when you age) with the need for more plant-based meals for hormonal health. Fruits and veggies are notoriously rich in phytonutrients and fiber, both of which have been linked to supporting the healthy aging process.

I also fast occasionally and am mindful of time-restricted eating. I discussed the importance of giving our gut time to rest-and-digest in both The IBS Episode and The Intermittent Fasting Episodes (Part I and Part II). [I also gave important reminders about who fasting is NOT for, so be sure to listen to those as well.]

Lastly, putting aside all of this talk of food, fitness, sleep and supplements, I think it’s important that we GenXers start talking about this upcoming change in a way that de-stigmatizes it. Let’s be honest. The Change sounds like some sort of creepy, scary Game of Thrones spin-off detailing the evolution of White Walkers (can you tell I’ve just finished binge-watching GOT?).

Who on Earth or Westeros wants any part of that? Instead, let’s acknowledge it for what it is — a hormonal shift that was earned after years of putting up with periods.

Don’t get me wrong. I appreciate that menopause means more when observed through the lens that it marks a crossing over to what is very likely to be the other side of our mathematical predictions for a long life span. But I think we can all agree that hushed whispers won’t stop it from coming and won’t make it more manageable. And neither will phones thrown at the wall.

Get new episodes and more right to your inbox.

Please enter your name.
Please enter a valid email address.
sign me up!
Something went wrong. Please check your entries and try again.

See More Of My Most Popular Posts: 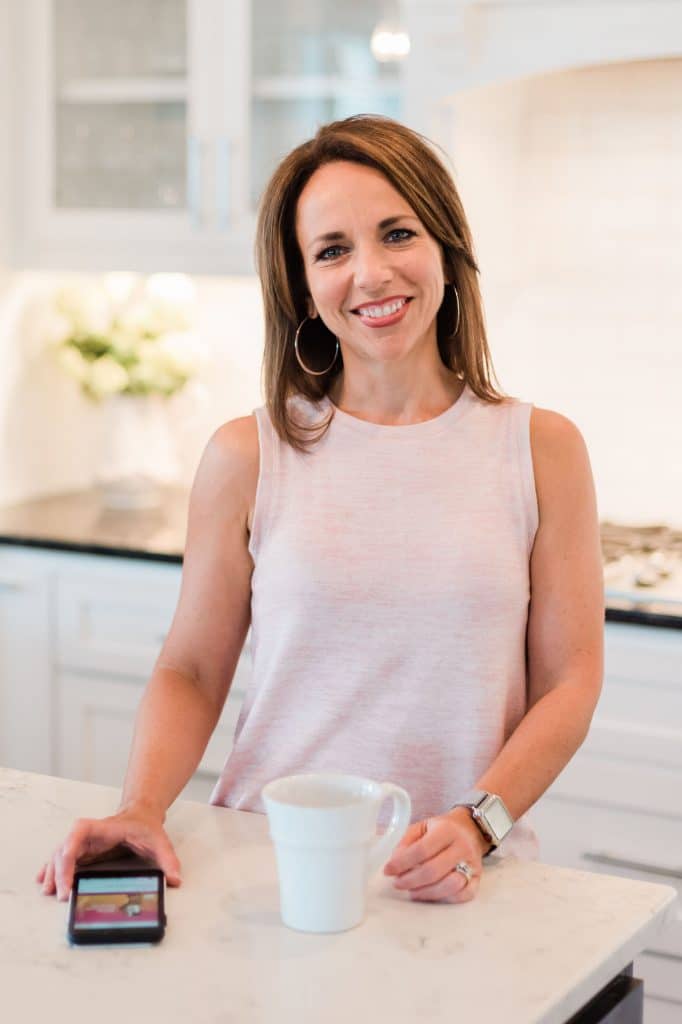 This Unmillennial Life is the iTunes TOP 25 Personal Journal podcast and blog for women over 40 who've fallen into a midlife generational gap.

I have promised listeners of my podcast one more e

ad. What foods are you most excited about eating m

If you’re struggling to make besties with your s

At the first of the year, I started sharing more a

#ad I’ve learned a lot this year about the impor

There’s a reason @kingarthurflour named this the 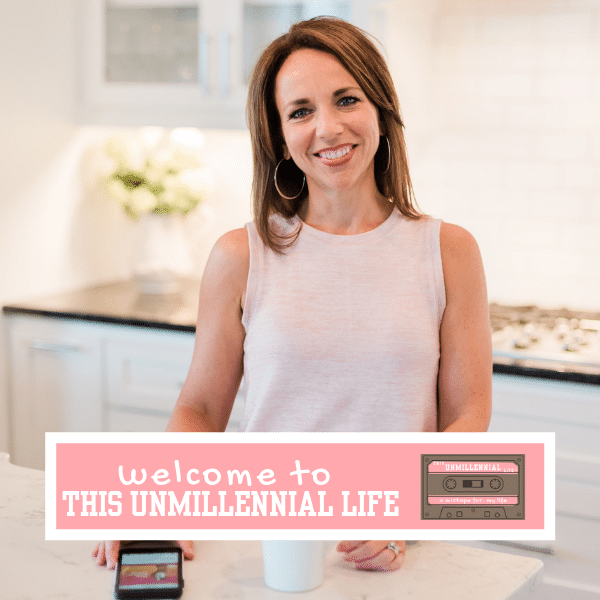